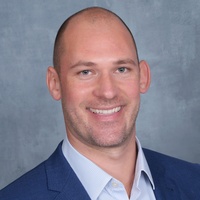 After spending nearly a decade as an investment and planning consultant with LPL Financial (NASDAQ: LPLA) Erik joined TrestleBridge Capital in order to make a greater impact, working with a smaller number of clients, addressing their overall financial needs and goals.

Additionally, Erik serves as the Chief Investment Officer for Flagship Harbor Advisors, an independent RIA in downtown Boston founded in 2010. In his role Erik oversees the design and implementation of the firm’s Investment portfolios in addition to developing a variety of macro-economic, capital market and thought leadership publications.

Outside of the office Erik enjoys the occasional round of golf, spending time on the water and most of all exploring the city with his wife MaryAnn, their daughter Dylan and puppy Lewis.  Having spent roughly a decade in Boston’s North End he now resides in Canton, MA with his family.