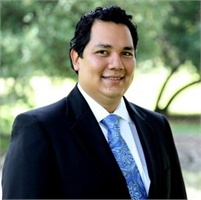 Michael began with Ameriprise Financial in 2006. He joined Gonski & Associates in 2008.

During the same year, Michael earned his CRPC designation. He is currently enrolled in the CFA program as a Level 2 candidate.

Michael is a native Texan and attended The University of Texas at Austin where he studied economics.

Michael enjoys music and traveling. He is proud to be the godfather to his niece Maya.